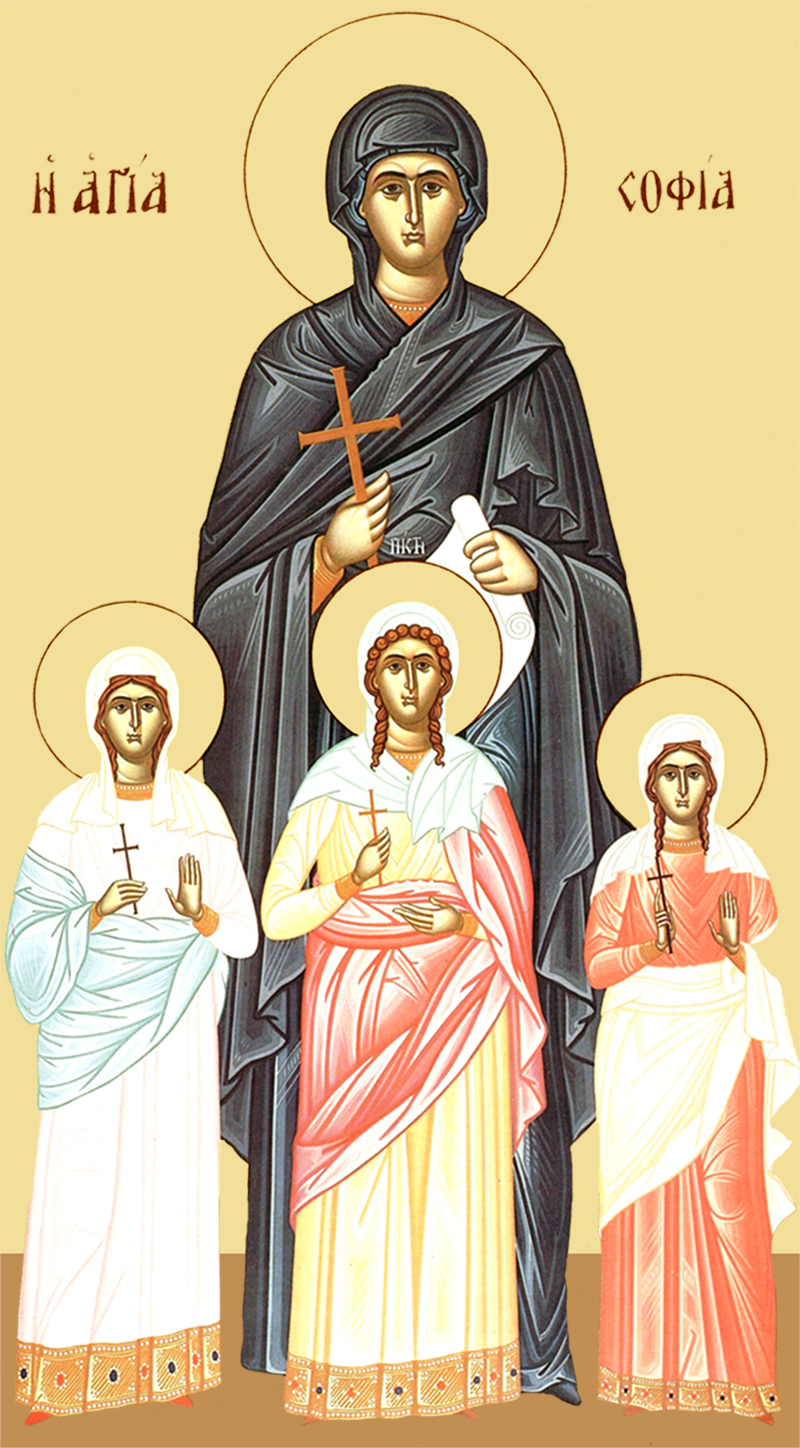 These holy Martyrs dwelt in Italy in the reign of Hadrian (117-138). They came of a rich and devout family. Sophia raised them in the Faith, Hope and Agape of their names.

Word of their life in God reached the Emperor who, hearing they were in Rome, sent soldiers to bring them before him.

Faith, who was twelve years old, was brought in first. She boldly condemned his shameless deeds and plots against Christians. The infuriated Emperor had her mercilessly beaten.

Next, Hope, confessing Christ as steadfastly as her sister, was beaten and cast into a raging furnace, but its fire went out on touching her. She too died by the sword, giving thanks to God.

Agape, was only nine years old but
steadfast as her sisters. She was hung on a gallows and chained. She was then thrown into a furnace, from which she was delivered by an angel, and finally, beheaded.

Sophia rejoiced in spirit to see her daughters in the abodes of the righteous but, overwhelmed by sorrow, her soul returned to God a few days later at their tomb. Their memories are celebrated on September 17.

Interested in sponsoring Ukrainians who have fled the war? Click on the link below to access the instructions for participating in the program as established by the US State Department .